Angkor Wat Part 2: The sacred citadel of the god-kings 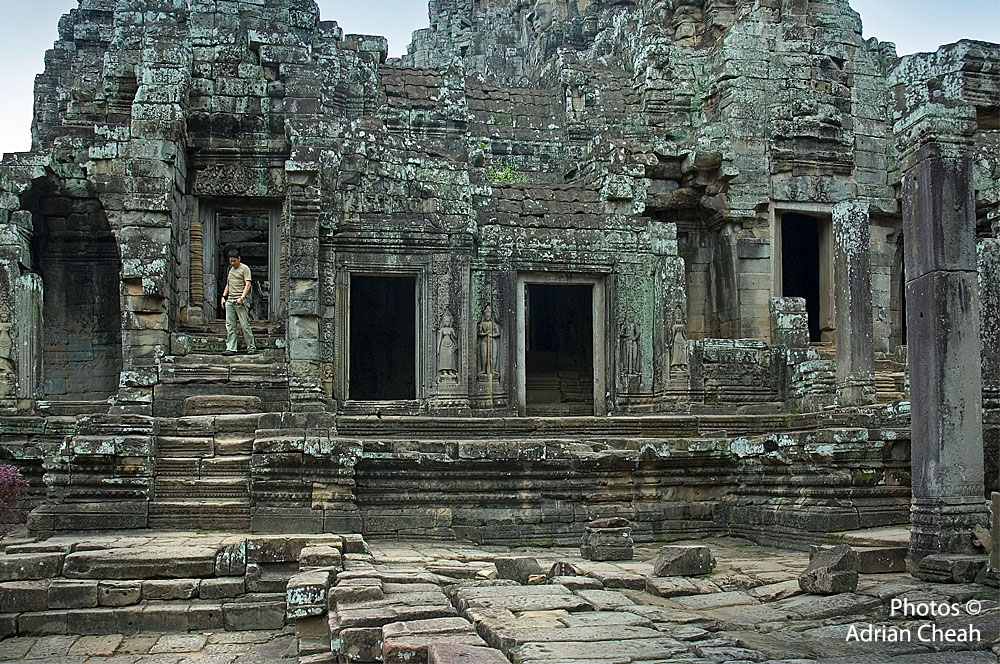 Having said that, when my friends and I visited Ta Prohm (originally known as "Rajavihara", meaning "Monastery of the King") in 2010, the above photo of stone rubble led us to conclude otherwise. Most of Ta Prohm's crumbling towers and walls are locked in an interwoven embrace of massive root systems, with nature looking victorious in its conquest.

The scrawny iron-pole supports somehow seem pointless holding up monstrous roots of towering trees. Would this have looked very much the way most of the monuments of Angkor appeared when European explorers first stumbled upon them?

Ta Prohm, imbued with mystical charm, was featured in the 2001 Hollywood hit adventure movie, “Lara Croft: Tomb Raider”. It was catapulted onto the international stage when scenes of the ancient city engulfed by the jungle were screened across the world starring Angelina Jolie. 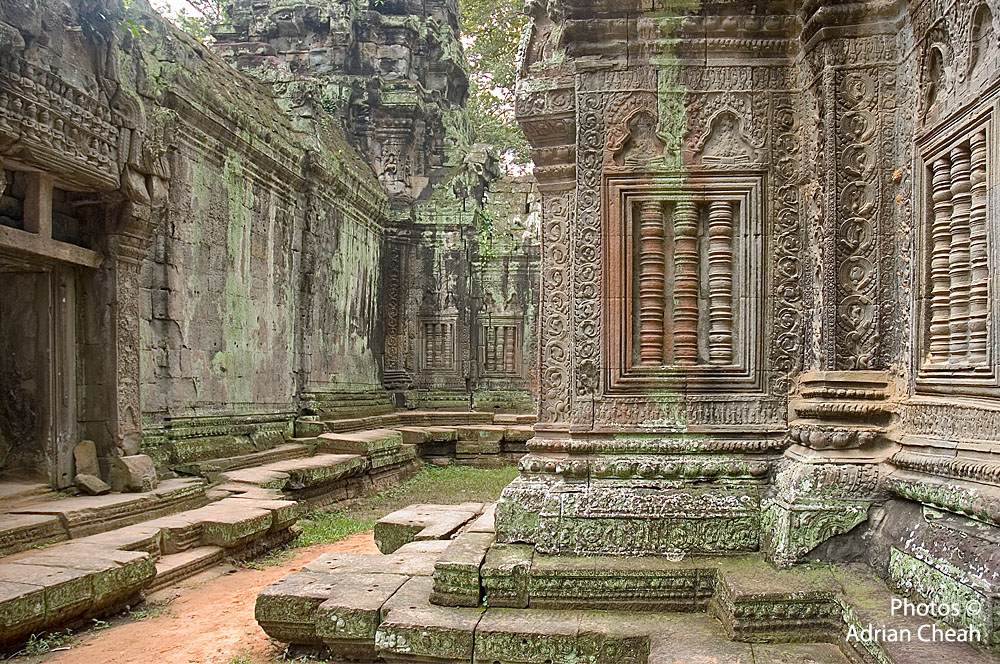 Ta Prohm was constructed during the last decades of the 12th century under the reign of King Jayavarman VII. He dedicated the temple to his mother. It was meant to serve as a Buddhist sanctuary and monastery, as well as a centre for learning.

The temple has gopuras at the entrance which are situated in cardinal directions. The intricate bas-reliefs that cover the temple in certain sections are well preserved until today, while many have significantly eroded, weathered by the forces of nature. A moat that surrounds the temple has long since collapsed.

Ancient builders of Angkor constructed a moat around each temple complex to help stabilise the temple's foundation, preventing groundwater from rising too high or falling too low.

Angkor Wat itself is surrounded by a 200 metre-wide moat that encompasses a perimeter of more than 5 kilometres. It is 4 metres deep. Since Angkor is located in the Lower Mekong Basin, it is subjected to an annual cycle of monsoons causing alternation between a wet rainy season (summer monsoon) and a strongly marked dry season. 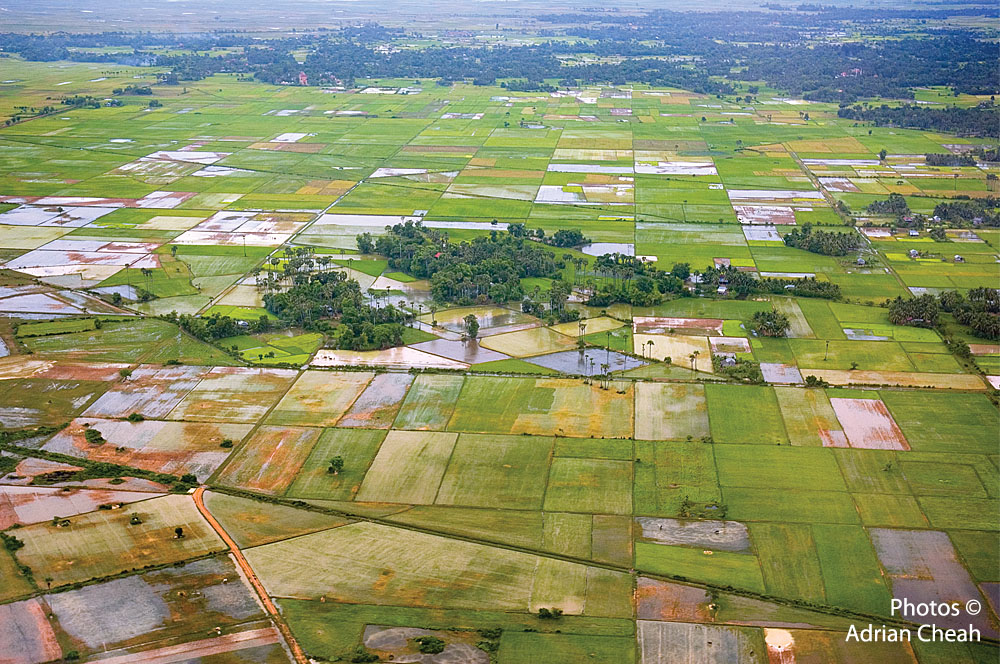 Through incredible as well as massive feats of engineering, the Khmers built an enormous interconnecting waterway system of artificial canals, dikes and barays (reservoirs), the largest of which, West Baray is 8 kilometres long and 2.4 kilometres wide. The barays that store water have inlet and outlet control structures, both in the time of drought and flooding. The complex water-management system saw wealth-producing crops like rice harvested twice annually, serving the Khmers with surplus and currency to trade.

Arriving at our destination, we had to embark on a 1,500-metre hike to reach the "River of a Thousand Lingas". Each linga is a symbol of the omnipotent Lord Shiva who is formless. Lord Shiva is one of the most important gods in the Hindu pantheon along with Lord Brahma and Lord Vishnu.

Rows after rows of cylindrical stone sculptures, representing the essence of Lord Shiva, are etched into the dark sandstone riverbed of Kbal Spean. It is believed that these carvings would bless the water that flows to Angkor.

According to an article by National Geographic, at its height, as many as 750,000 people lived in Angkor, which sprawled across an area the size of New York City's five boroughs, making it the most extensive urban complex of the pre-industrial world.

Satellite images from space revealed that the metropolis of Angkor was much bigger than initially imagined. Between the 9th and 15th centuries AD, a total of 38 kings ruled the Angkorian empire. Its borders reached from southern Vietnam to Laos and from the Mekong river to eastern Burma. It was one of the world's true enigmas. Its size and purpose, baffling!

So why was the sacred citadel of the god-kings of Angkor abandoned and its people resettled near Phnom Penh? Some popular theories include defeats in battle, moving away from invading rivals, the shifting of religious observances as well as the collapse of its elaborate water system.

Nevertheless, what we have today centuries later, are stunning architectural masterpieces of Khmer's true master builders. Temples like Angkor Wat have stood the test of time. It is the earthly representation of Mount Meru, the abode of ancient gods. It towers are shaped like lotus flowers ascending one upon the other as if reaching for the heavens. More importantly, Angkor Wat has always remained the heart and soul of Cambodia and a source of fierce national pride, appearing on its national flag and currency.

Visiting the temples of this once great empire left me in awe of their ancient builders – master architects, chief engineers, stonemasons, sculptors, artists and all who had worked in unison to complete these megalithic wonders. Their skill, passion and dedication spoke volumes when I roamed the halls and corridors of Angkor Wat, Bayon, Ta Keo, Ta Prohm and Banteay Srei. You cannot help but wonder if any of their skills and technical know-how have managed to be handed down through generations, or are they lost forever.

Human knowledge is so fragile and the treasures of wisdom are indeed easily destroyed.

PS: Many thanks to Kenny Boon for organising this trip, Gordon Leong and Kelvin Heng for great company, as well as Peter Chew for scrumptious meals in Phnom Penh.