I have been remiss in sharing my experiences for the last week. Mainly, because I have been missing my loved ones and mourning the departure of my children. However, I must apologize. I have learned so much about sharing, recently, that I should know better.

I have learned about it in an unexpected way from a very unique and talented person. Emil Goh, I have been privileged to know, is one of those people who had an unlimited supply of himself. Always, he enthusiastically shared of himself, his photography, his design projects, his artwork, his opinions and above all his friendship. His energy and good nature was both charming and intoxicating to those graced with his presence.

This morning I got a dreadful call...that my good friend Emil Goh had passed away...

I can not express the sense of loss I now feel, but I will never again let my self pity keep me from sharing my experiences, thoughts and ideas.

I have been shocked back into reality of how short and precious life is. Cliché, yes, but I have been left to pass the lesson on to you... 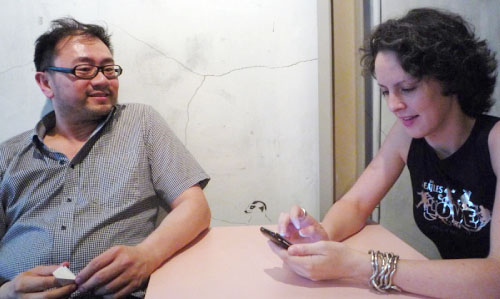 Two of my most favourite people I love to miss... I don’t have the heart, yet, to tell Lyra...

So, I share with you the following. It was inspired by a kitchy chain email I received from a dear friend... it seemed helpful to me for this post. I have edited it so that it is in my own words...

I honestly believe it is best to treat people people who come into my life as though they are here to experience something important with me.

I never know what that might be... sometimes I never figure it out.
Often, unaware, they usually show up because I have somehow shown a spiritual need for them.
To me they can seem like a godsend, which they usually are.

But, without any perceived wrongdoing on my part... or at an inconvenient time, this person will say or do something to bring our relationship to an end.

What is painful and hard to understand is that my need has been met, my desire fulfilled, their work is complete. The SOS that I sent out was answered and now it is time to move on.

Some people come into my life for just a season, because our turn has come to share.
They bring me profound ideas or make me laugh. Or both
Often, they show me something about myself I never knew.
But it is only for a season.

Thank you for showing up in my life, Emil, it has been a season of a lifetime. You have helped me on my quest to find who I am and taught me the importance of sharing one’s self. I will never forget your lesson. 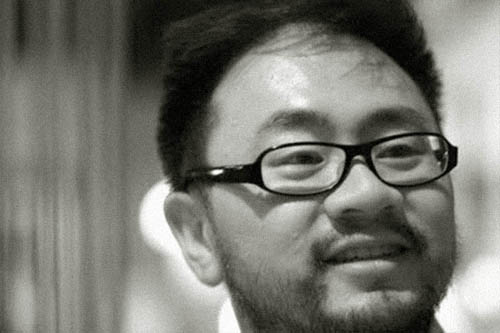 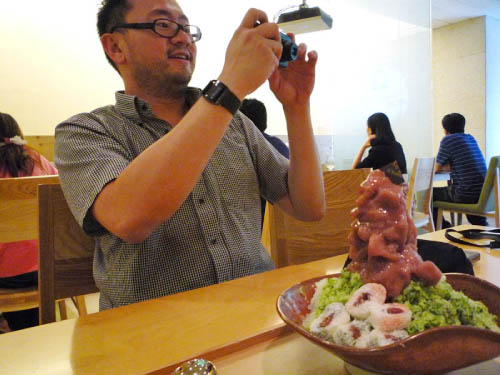 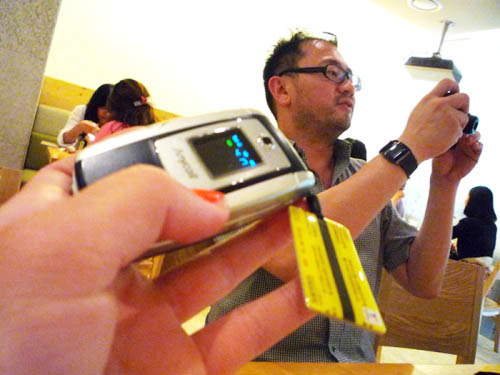 Yes, we know you are proud of your T-Money card cellphone accessory thingy...What do you call it?!! Now let’s eat the bop-bing-su! 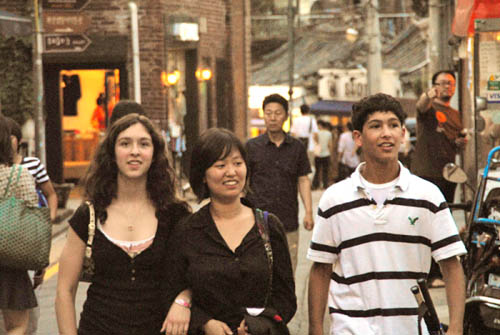 You’ll always be in the background of our minds as we walk through life remembering that magical summer in Seoul and how you taught us to share...

Lyra Flamini Jakabhazy said...
Few people are lucky enough to meet someone like Emil Goh - fewer have the gift to be his friend. To say I was blessed to know Emil seems terribly inadequate. He transformed Seoul in my eyes. He changed my attitude and perspective. He introduced me to his extraordinary world. He helped me to see - to truly see - the world that was in front of me yet often invisible. His exeburance and innocence were infectious. He waxed effortlessly on all things cool and kept us all in rapt attention. And despite his tremendous energy and talent, he was shy and modest. Emil never liked to be singled out as special - but he undeniably was. To lose Emil is a deep loss to me, to everyone who knew him, and to all who never had the chance to know him. My heart is terribly heavy. I guess it is some comfort to know that Heaven just got a whole lot cooler. Your friend always
- Lyra -
SEPTEMBER 09, 2009

OvaGirl said...
Thanks for this beautiful celebration of a great artist and a wonderful human being. I love Lyra's comment...Heaven just got a whole lot cooler...because I always felt cooler when Em was close by. He showed us the fantastic in the everyday, the brilliant in the banal, the cool in the commonplace and of course he knew all the foodie places, the cheap and cheerful and downright delicious little dives and diners. I cannot believe he is not among us, he is not making more art, making more friends...
Vanessaxxx http://legsup.blogspot.com/2009/09/emil-goh-1966-to-2009-is-too-frigging.html
SEPTEMBER 10, 2009

MIchael Schiavello said...
Thank you for this posting. Thanks for kind your words and your memories. He was very special to everyone he knew. I was looking forward to hooking up with him next week in Seoul. We'll all feel a loss of our own.
Emil touched many of us in special and unique ways.
Thank you
Michael
SEPTEMBER 10, 2009

poketo said...
Emil, you are missed. For friends and family, I have more pictures of Emil here.
SEPTEMBER 10, 2009

Amanda said...
Emil has touched us all in so many different ways and we all hold memories of him in our hearts. Even though Emil is not with us anymore he still lives with us through the times we shared with him and the knowledge he has shared. Like the t-money phone key chain! I only knew Emil for one summer but I wish I could have known him longer. He was a great person to be around and was an intelligent man who could have done so many great things in the future. We all love you and will miss you greatly Emil. Like Lyra said, "Heaven just got a whole lot cooler" with you in it Emil.
~Amanda Wills
SEPTEMBER 14, 2009

Suhee said...
I remember the first and, sadly, the last day with Emil at Lyra’s Hanok. At first, looking at him and Doug standing in front of a watermelon truck, Sungwook and I mistook Emil for a watermelon seller. I could feel he was very warm and special enough to be a friend with kids and strangers. I still remember his smiling eyes with bright wisdom… It is hard to accept this sad news. As time goes by, it will happen more often in our lives. Though we are never going to be immune to this deep sorrow, we can learn that we have to live with more love to family, friends, and whole world, and to show them we do every moment. Lyra, I hope I could be with you especially at this moment. Be well.. Love, Suhee
SEPTEMBER 15, 2009

Alexandria said...
There has not been one day that i have not thought of Emil and smiled:) He has changed my life in so many ways and he doesn't even know it. I have learned so much from him. He was and always will be a very big role model for me. I will never forget Emil and the happiness he has brought into my life. From surprising him in the window at mmmg to learning the culture of pat-ping-su, i will never forget his creative mind and loving heart. I <3 u Emil and hope somewhere in heaven you have internet and can read what everyone has to say about you!
<3<3<3<3, ALexandria
OCTOBER 19, 2009

by Douglas Wills said...
On behalf of Madam Sylvia Lee Goh (Emil Goh's mother), there will be an anniversary memorial service for Emil Goh in Singapore, details as follows:

Should you have any inquiries and to confirm your attendance, please contact This email address is being protected from spambots. You need JavaScript enabled to view it.
MARCH 14, 2010