Emil made an impact wherever he put down his hat. He went to Australia in 1985, studying psychology (Newcastle University) and then Fine Art (Sydney University), developing his practice across different media, particularly video and photography, while becoming a key figure in the contemporary art community down under. He was one of the co-founders of the Asian-Australian Artists Association who set up the groundbreaking Gallery 4A in Sydney. He also spent time in London in the late 90s, studying for his Masters at Goldsmiths College, which is when I met him for the first time. In 2003 he took up a residency at Ssamzie Space in Seoul and ended up staying on. It didn’t take long for Emil to ‘take root’ in any of these communities, where he made literally hundreds of friends. Emil was a super-connector of people and ideas with an unstinting enthusiasm for contemporary art and urban culture. For someone looking in, Emil’s life seemed to be very much about making things happen, and his work about watching things happen, seeing them come together.

Emil took part in over 70 exhibitions and projects across Australia, Europe and Asia and his work has been pretty widely written up in international magazines like Flash Art, Art in America, Theme, Wired Online, and Art Asia Pacific. Emil’s work doesn’t slap you in the face or make overt statements, but it finds the pulse in the life of things taken for granted, particularly in the urban everyday, appealing to the personal without taking it hostage.

He got to the very heart of the media he used. His videos harness our fascination for the moving image and film, taking the simple foundations of time and focus. He traced the passing of a day, his camera simply panning slowly through friends’ apartments in London, Hong Kong and Seoul (Between – three versions 2000-2005), he re-spliced a whole movie into three jumbled parts (Remake (Ring),2004), and raced us through the trailer to ‘Speed’ in quadruple time. He made mini-films of a cellphone ringing, feet walking along a stairmaster, a cyclist coming in and out of traffic. His photographs were just about capturing that moment with a camera, whether high-rise buildings lit like lanterns in the night, a working woman sitting asleep in an underground train, or snapshots of couples posing wearing identical clothes (couplelook series, 2004).

What I see in Emil’s work is a happy serendipity – when people or the things they do or the simplest thing or action find their place, moment, their own logic. It shows us the weirdness of human urban activity, and its light humour or pathos. Seoul to Emil was perhaps the epitome of this weirdness, in which he revelled as a participant. His myCY series of photographs of his friends’ real and cyber living spaces dips into the psychology of creating identities, the tiny slippage between desire and reality. 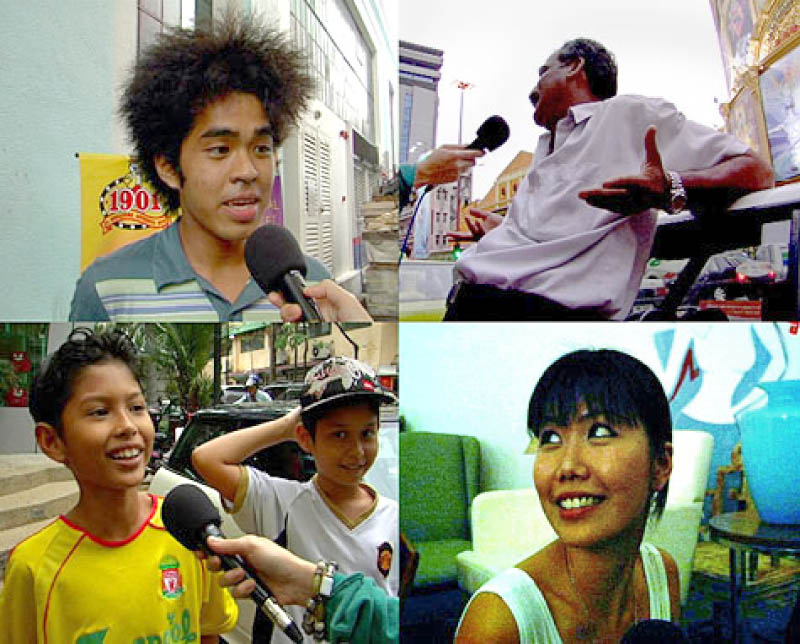 One project he started in Malaysia was Super Manglish (2007), interviewing people on the streets and in the eateries of KL about their favourite Manglish words. In his public art and design projects, Emil created serendipitous opportunities for the city dweller, in the spirit of civic consciousness. He made hand holds for shoppers to hang up their heavy shopping along the street (HandyHundreds, 2005), invited designs for DIY meditation pods in a public park (2007), provided an “Umbrella Taxi” (2005) service to take people across the street in the rain. I really wish we’d had the chance to invite Emil to do more of his wonderful stuff here, and that more of you could have gotten to know this warm, generous, funny and inspiring artist fler, who gave so much, and took so little.